Testing a UIViewController in Swift

This article is an introduction on how to unit test a view controller using Quick, a BDD-style testing framework. We’ll be testing a view controller where the user can enter their name into a text field, tap a button, and see a greeting.

If you haven’t experimented with creating outlets and actions to link elements in interface builder to a view controller yet, this is your moment. See you in a few minutes.

To get started we’ll need a UIViewController with a UITextField, UIButton, and UILabel wired up from the interface builder to our code. You can use a Storyboard or a NIB file to define your view controller’s interface. 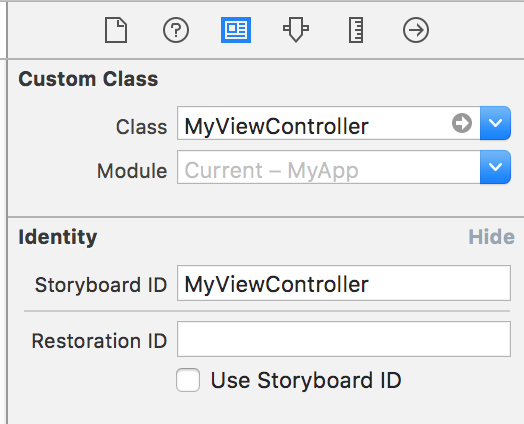 There a few points of interest to note here:

It’s time to run our test. Press ⌘ U or click Product > Test from the top navigation.

Uh oh. That didn’t work. We got a EXC_BAD_INSTRUCTION crash.

If you see an NSInvalidArgumentException instead then double check you set the Storyboard ID in the interface builder and run the test again.

Let’s open the Debug area in Xcode to take a look at what went wrong:

In the debug console in the right-hand pane you should see something similar to:

An object we were expecting to be present was nil when we sent a message to it. Let’s investigate further by expanding the viewController variable in the Variables view located in the left-hand pane:

What we can see here is that our outlets for the text field, button and label all have nil values. The reason our app crashes is because each of these outlets is declared as an Implicity Unwrapped Optional - this is denoted by the exclaimation mark after the class (e.g. UILabel!). This means we are assuming a value will be assigned to the property and that we won’t encounter nil.

We need to trigger the initialization of the UI elements. After we instantiate the view controller from the storyboard in our test, we need to invoke the following methods:

Time to run our tests again (⌘ U). This time round you should see a failure, but not a crash. Hopefully your debug console has line stating:

Finally run the tests again and you should be treated to sweet success. Congratulations!